Jovial Aisleriot - A Port of GNOME Solitaire Games to Flutter 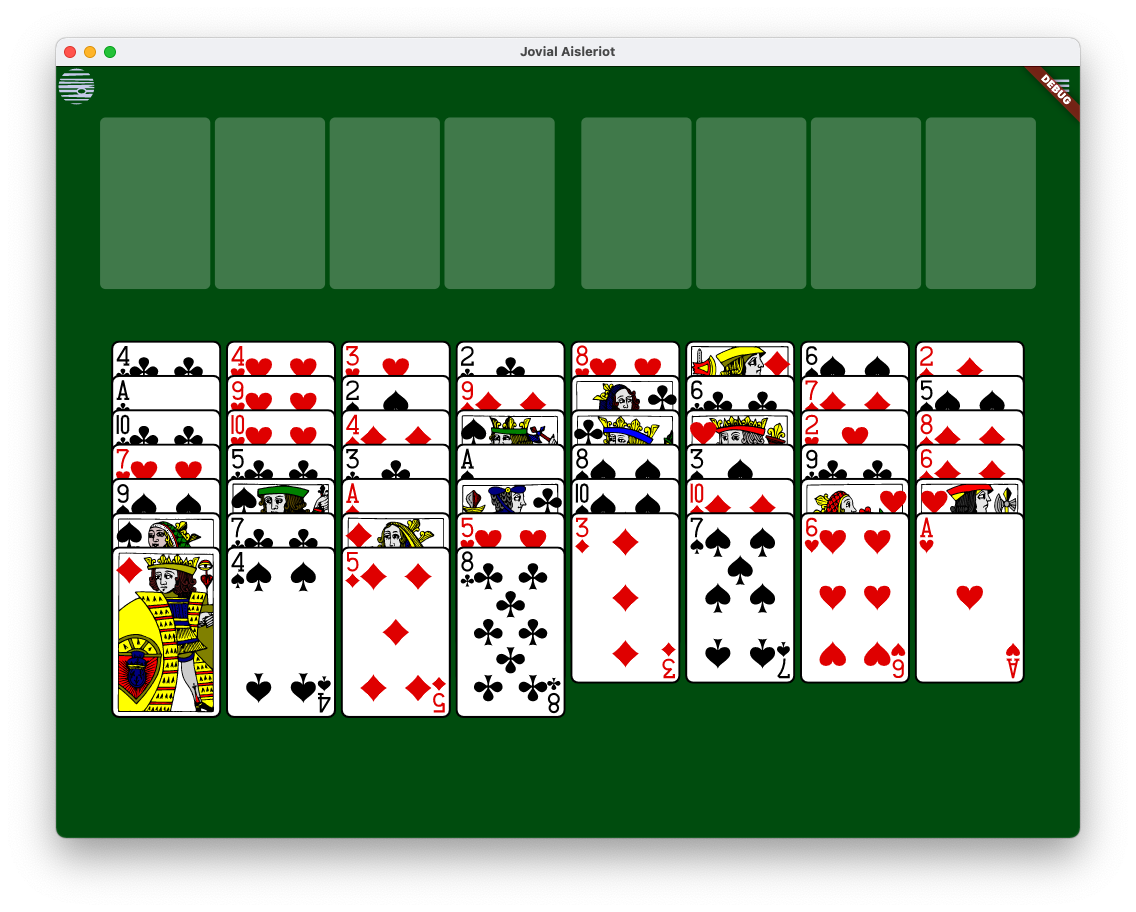 Jovial Aisleriot will be a port of some of the GNOME Solitaire games to Flutter, starting with Freecell. The source is on Github, and it's easy enough to build on the popular platforms. Honestly, I mostly wrote it because when I got a new Mac to replace my Linux machine, I couldn't find a good, free version of Freecell. Porting Aisleriot was a good way to keep busy while under covid lockdown. You can also run it on the web. Some performances statistics are collected; these can be found under the help menu.

I snagged the SVG card assets from the GNOME program, but discovered to my surprise that there wasn't an SVG renderer for Flutter with complete enough support for SVG to render these card assets. So I did what any normal person would do, and wrote one. I've published it to pub.dev.